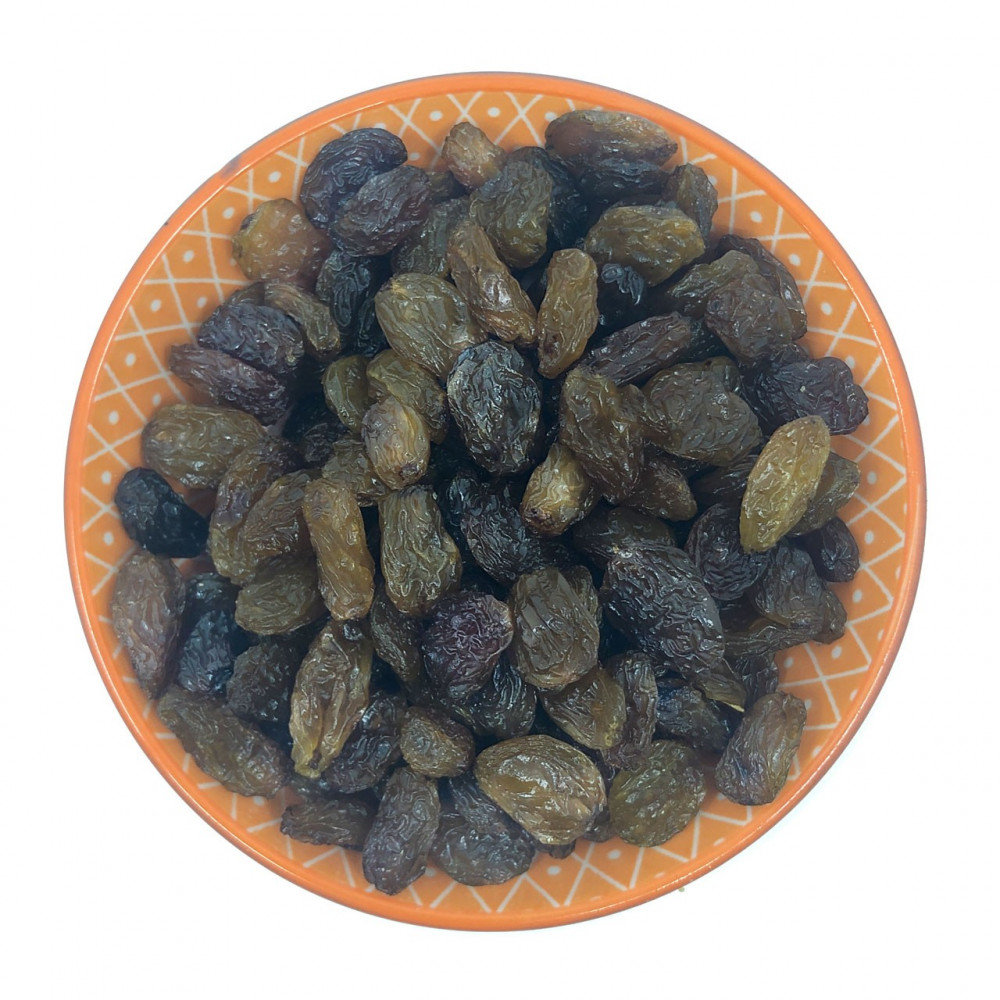 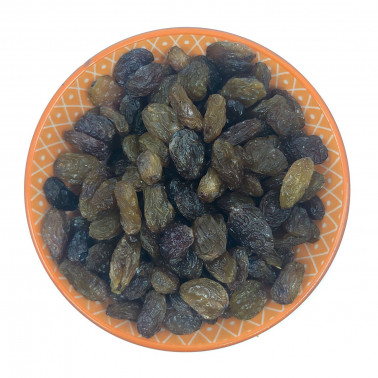 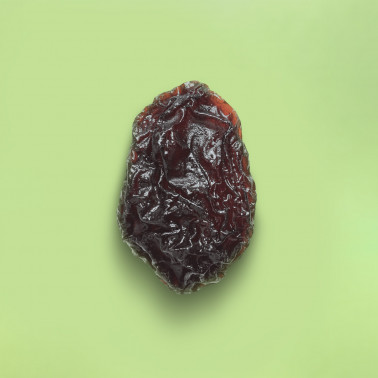 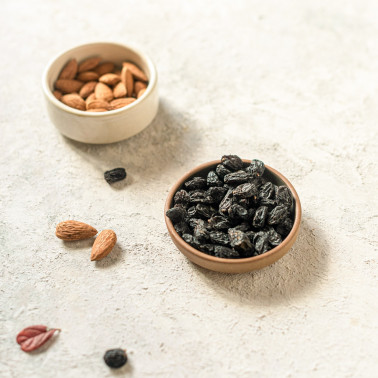 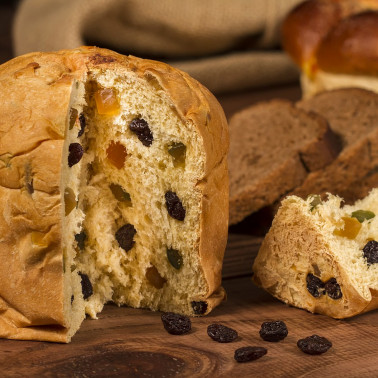 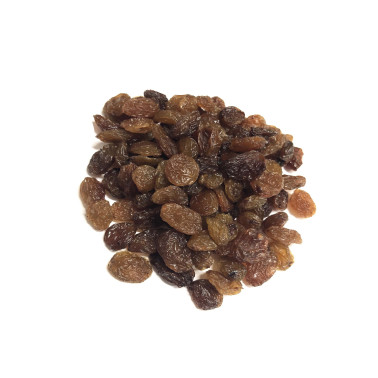 Sultanas also known by the name of "raisins" or "dried raisins". Sultanas are obtained by drying grape grains.

The name Sultanas, also called Raisins, comes from "sultan". A legend told in the Middle East, states that dried grapes were invented by chance when the sultan had to abandon the grapes he was eating in the sun to escape from a tiger and when he returned to take it back he noticed that it was darkened and improved in flavor, since then the dried grapes were called "sultana".

Once dried, the raisins take amber shades, and the pulp remains firm. In fact, this grape is small in size, ellipsoidal, yellow or golden in color and contains a crunchy pulp. In natural form, it already has a very sweet and not very complex taste, while the skin is thin, with little pruina and easy to chew.

It is a seedless grape, seedsless as indicated in English, and for this reason used both in fresh consumption and for use in pastry.

Inside, the Use Sultanina, is rich in mineral salts such as potassium, iron and calcium.

The presence of fiber helps intestinal transit and allows you to solve constipation problems. In fact, the fibers in the presence of water moisturize and increase the fecal mass which, helped by intestinal motility, implements an easy and faster expulsion without any problem and in a more regular way.

Unlike what you might think, sultanas are certainly caloric, but also rich in beneficial properties for our body.

Excellent energizing food for those who do sports, it is a quick source of sugars. It is used as an energy reserve that promotes motor activity. Since raisins are rich in carbohydrates, in particular natural sugars, it is particularly suitable in case you feel the need to recharge your energies, without weighing yourself down.

That's why raisins are an excellent pre- or post-workout snack, especially suitable for those who practice high-intensity endurance sports.

Raisins are also an excellent ally for skin and hair. A powerful antioxidant, present inside, can intervene in slowing down skin aging. The consumption of raisins also helps to cleanse the skin of accumulated toxins and, as a result, makes the skin brighter, clearer, beautiful and nourished.

The high content of B vitamins , iron, potassium and antioxidants present in raisins, allow our hair to appear more shiny, healthy, and nourished. In addition, when consumed regularly, raisins help reduce hair loss and prevent baldness.

Raisins can be eaten "naturally" but it is used in the kitchen especially as an ingredient for many desserts, from strudel to muffins passing through some delicacies typical of the Christmas holidays.

Sultanas in this alcoholic version are often used in strudel filling or to garnish apple pie and plum cake.

Strudel is a typical dessert of Trentino Alto Adige, but its origins are Turkish. The Turks, who dominated Hungary around the seventeenth century, prepared a similar apple cake called baklava. This recipe was varied and transformed by the Hungarians into the current strudel that soon took hold in Austria which, in turn, dominating for a certain period some territories of Northern Italy, introduced them to this delicious dessert. Trentino Alto Adige is now the repository of the secrets of the preparation of strudel, which here has had considerable success thanks to the numerous apple crops in its territory, which are the fundamental ingredient of the filling of this roll of pasta, together with raisins, pine nuts and cinnamon. In this recipe we propose the variety of Golden apples, but the original recipe involves the use of renette. Prepare the apple strudel, enjoy it with a steaming cup of mulled wine, and inebriate yourself with its intense aroma! 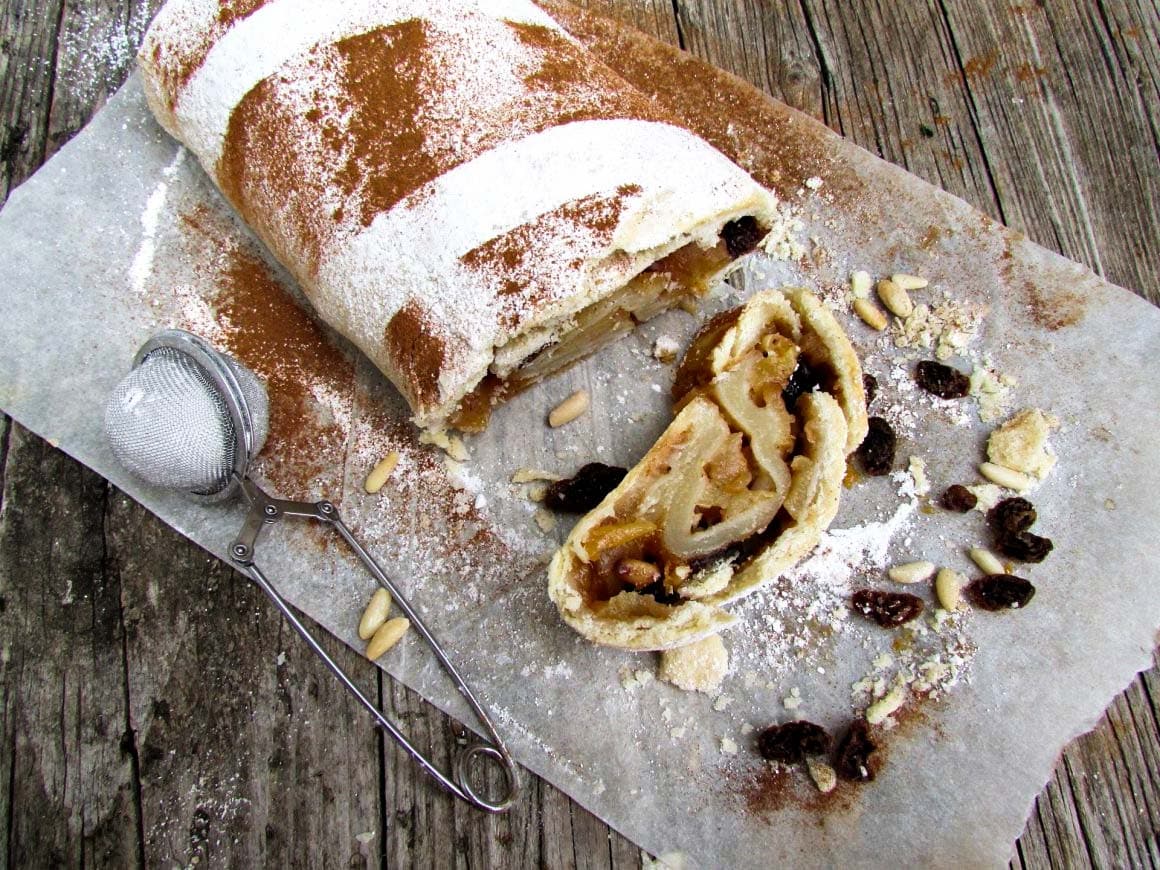 For the preparation of apple strudel, start from the dough: in a bowl pour the sifted flour and salt; then add the egg, water and start kneading with your hands. Then add the oil and knead the mixture again until you get a homogeneous dough. If it turns out to be too sticky you can add another 10-20 g of flour at most.

Then transfer the dough to a plane and work it until it is elastic. When you are done, form a ball and transfer it to a lightly greased bowl, cover with plastic wrap and let it rest for an hour in the cool. Meanwhile, soak the raisins in rum, or if you prefer, in warm water; in a pan melt 50g of butter and when sizzle toast the breadcrumbs.

Mix with a wooden spoon so that it does not burn and let it brown for a few minutes, then turn off the heat and let it cool. Then peel the apples, removing the core, and cutting them into four wedges and then into thin slices; pour the apples into a large bowl and add the sugar, pine nuts, grated lemon zest, a pinch of cinnamon and the raisins well drained and squeezed: the ingredients must release their aromas, but they must not macerate for a long time so that the sugar does not release too much water.

Melt the butter in a saucepan over low heat. Then take the dough dough and roll it out on a lightly floured cloth, forming a rectangle. Brush the surface, except the edges, with a little melted butter and sprinkle with toasted breadcrumbs; this layer will serve to absorb the juices that the apples will release during cooking.

Place the mixture with the apples on top of it; roll the strudel from the longest part, being careful not to break the dough (you can help with the cloth on which it is placed); seal it well even on the sides, so that the contents do not come out during cooking.

Then place the strudel on a baking sheet lined with baking paper, with the closure facing down and, before baking, brush it with melted butter. Bake the strudel in a preheated static oven at 200 ° for about 40 minutes (if ventilated at 180 ° for 30 minutes). When cooked 24, you can sprinkle the strudel with icing sugar and serve warm and cut into slices.

Raisins to make sweets, I never find when I need. Now take these! Perfect.

My favorite ingredient in desserts! Soon the next order ???? 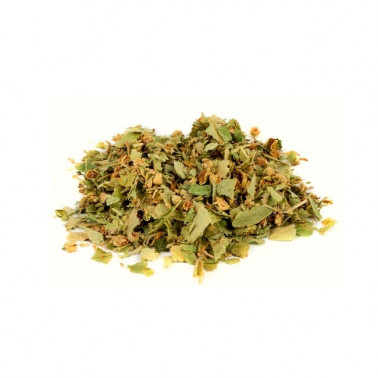 From Price €4.49
Linden, useful against insomnia, tachycardia, anxiety and stress. Leaves and flowers of the Linden tree are rich in useful properties in... 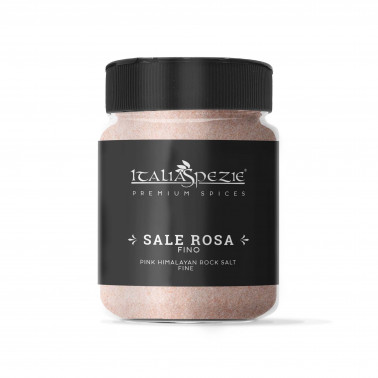 From Price €2.49
Crystalline salt extracted on the slopes of the Himalayas, not chemically treated and unrefined. With a reduced sodium content, but very rich in... 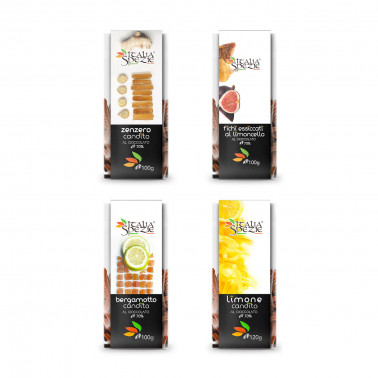 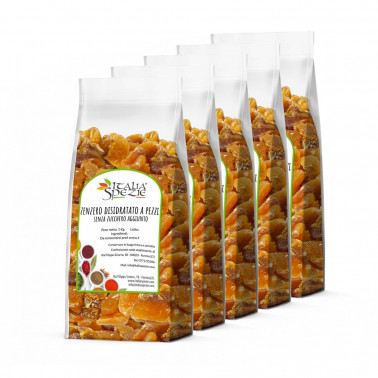 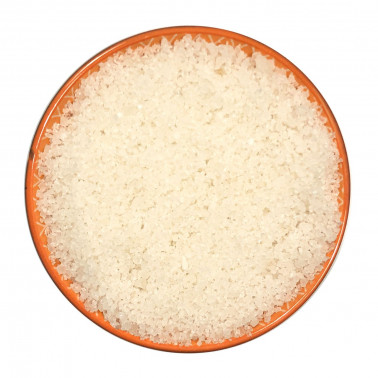 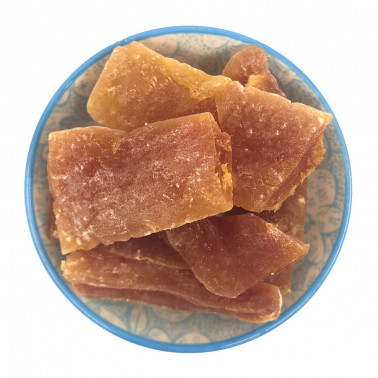 From Price €3.49
Dehydrated Papaya is great for a snack or to make your favorite dishes tastier!\n 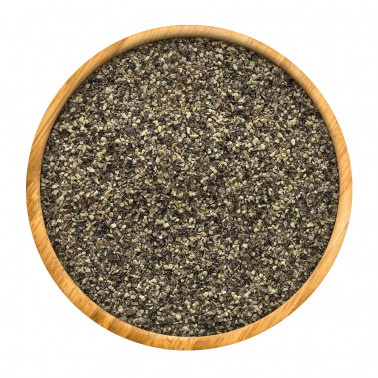 From Price €4.49
Pepper is by far the most widespread and marketed spice in the West and is still the king of cuisines in the world today. Black pepper tellicherry... 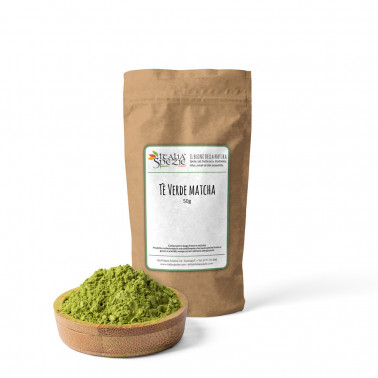 Price €16.49
Matcha Tea, from the Uji Tawara region, is a very fine variety of Japanese green tea and has always been characterized by an intense scent and a...